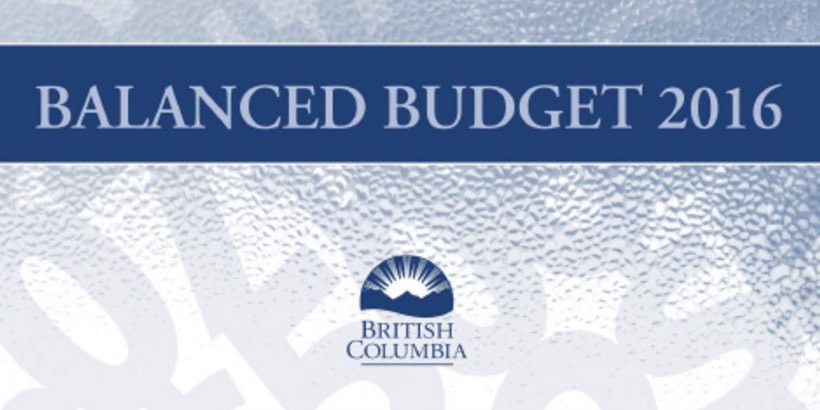 Newly built homes priced up to $750,000 will be fully exempt from the property transfer tax when bought by Canadian citizens or permanent residents as a principal residence and lived-in for a full year. The measure aims to assist purchasers and help stimulate the construction of moderately priced homes. The exemption will save a purchaser up to $13,000, and provide an estimated $75 million in property transfer tax relief for new construction in 2016-17.

Partial exemptions are available for new housing valued up to $800,000. Newly constructed housing eligible for the exemption includes the first purchase of a new housing unit or a newly subdivided unit.

Those who buy land and build homes to be used as their principal residence can also apply to receive a refund of property transfer tax rather than an exemption at the time of registration, if they complete construction and move in within a year of purchase.

The program will be available to buyers regardless of how long they have lived in British Columbia, meaning those who move to B.C. to take jobs, start companies and build their lives here will also benefit. The exemption will be available to first-time buyers and previous property owners alike.

The New Housing exemption will be largely funded by increasing the property transfer tax rate to 3% on the portion of fair market value over $2 million. The 1% rate on the first $200,000 of property value and the 2% rate on the value of a property between $200,000 and $2 million continue to apply. The new higher rate is expected to raise an additional $75 million each year – the approximate cost of the New Housing exemption.

Creating new housing supply is critical to improving housing affordability in B.C.’s real estate market. Relatively high housing prices in B.C., and particularly in the Lower Mainland, are driven by increased demand that has resulted from B.C.’s economic and population growth, as well as constrained geography and a lack of available land. The New Housing exemption is expected to benefit owners of about 22,000 new homes in 2016, many of which will be constructed in the Vancouver area.

Budget 2016 also includes measures to provide more affordable housing options for lower-income earners. Capital spending of $355 million over five years will support the construction or renovation of more than 2,000 affordable housing units in communities across the province.

The Province also continues to work in collaboration with other levels of government to support British Columbians’ ability to buy or rent at prices they can afford. Through the Community Partnership Initiatives program, BC Housing partners with municipalities, non-profit societies and other community-based organizations to create affordable housing. The program arranges construction or long-term financing for non-profit societies, connects stakeholders through partnership referrals and provides advice.

Proposed changes to the Property Transfer Tax Act will authorize government to collect new information from owners when they register their property.

Citizenship disclosure was required with land transfers until 1998. These changes will generate data that will allow government to monitor the volume of foreign investment and use of bare trusts and assess what effect, if any, they have on pricing.

Balancing supply and demand in an era of strong net in-migration from elsewhere in Canada and around the world requires a new focus on the efficient support of new housing supply at as low a cost as possible. BC Housing will conduct a study on the key factors affecting housing affordability in British Columbia, which may then contribute to policy-making across all levels of government.

Government is also exploring ways to make the components of the cost of new housing more transparent to home buyers, such as local government costs and fees. The Province urges municipal leaders and regional directors, who are responsible for planning, zoning and development regulation, to use the broader tools at their disposal to support the Province’s efforts and further the creation of new housing supply.

Housing markets in the Vancouver area have historically been expensive due to the pressures of supply and demand. The population of Greater Vancouver in particular has increased 70% since the mid-1980s, compared to 35% in the rest of Canada, and B.C. economic growth has averaged 2.6% annually since 2001, compared to 1.9% in the rest of Canada. The 20-year trend of declining mortgage rates has made it easier for buyers to carry their mortgage costs.

Without an increase in housing supply, there will simply be more buyers competing in the same market, ultimately driving prices even higher. Increased densification is a tool local governments can use to promote the construction of affordably priced housing and offset the factors driving prices, such as low interest rates, economic activity, rising population due to in-migration, and in the Lower Mainland especially, a constrained geography

This announcement was originally published here.

Here is a copy of the the highlights from Balanced Budget 2016.